So my scheduled 30 minute “let’s just talk” appointment ended 2 1/2 hours later with me naked from the waist up being fondled and tattooed.  If there had been drinks involved 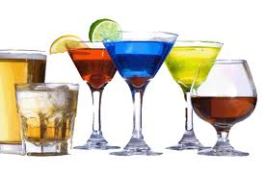 it would have been reminiscent of.. well… never mind.  I am now all set for 33 rounds of radiation.  25 to the breast and axilla and then an additional 8 just to the breast.  I do finally understand why I would need any radiation at all after all that chemo. Apparently cancer cells can be hanging out in the scar tissue from the surgery. Scar tissue has no blood supply so chemo is not delivered to the area as it is the rest of the body. Stupid scars.   Afterwards I was asked to meet with a very nice man from the American Cancer Society.  He had a lot of information but unfortunately, 8 months in, there was nothing I wasn’t already all too aware of. I’m not sure why this meeting happened now and not at the beginning of my journey, but it was a nice reminder of all that the ACS does.  I took the folder full of information I don’t need and thanked him. It will be a nice addition to the burn pile along with the endless pink themed booklets and pamphlets I was given at my very first visit to the interdisciplinary clinic.

I mentioned in my last post about the lack of testing following treatment.  Interestingly enough, when I had surgery (at the same hospital, different building)  yesterday and was undergoing light sedation in the way of anesthesia I was told I would need to take a urine pregnancy test.  I declined and then asked what the thought process was here.. I just underwent 6 months and 16 rounds of chemotherapy and not once did anyone ask me to pee in a cup first.  They had no answer for me but did concede it was a good point.  Umm.. yea