The makings of a summer blockbuster?  A country hit?  Nope, just chemo-dreamin.  I’ve always had kind of vivid dreams, sometimes even serial dreams when I couldn’t wait to go to sleep to see what would happen next.  I’ve woken up so pissed off at someone that I was sure they would give me a good reason by the end of the day so I just went with the feelings. Those were daydreams compared to today’s double feature.  I would describe my dreams in greater detail, but on the off chance one of my doctors stumbles across this blog I don’t want to be subject to psychiatric testing.  Not that there is anything wrong with that.  The other day a friend described a vivid, confusing dream about her son. I teased her and asked what she ate before bed.  I didn’t eat anything particularly strange but I am on day 6 of my treatment and after two infusions I can safely say days 5 and 6 are  when I am going to feel my worse. My “worse” though is not nearly as bad as some people experience on their best day, so I’m trying really hard not to whine too much.  I spent the afternoon watching mindless television until I could doze off. This included about 20 minutes of Toddlers and Tiaras which will be a rant for another day.  Those mothers… ay yi yi..   I took an Aleve for pain and an Ativan just because. The Ativan was prescribed for nausea but has also been prescribed for anxiety.  I had neither. I knew it would knock me out and that it did. Okay, maybe it was the Ativan and not the chemo? Or maybe it was just me? In any event, my dreams were interesting enough to remember, crazy enough to be disturbing and kind of fun.  I’m anxious to go to sleep tonight. Sweet dreams! 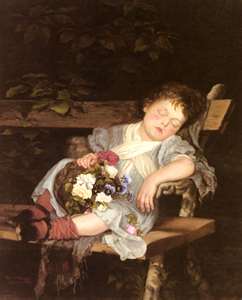